Fianna Fáil Councillor, John Paul Feeley has welcomed the ongoing progress on the development of the Cavan Burren. Work costing in the region of € 900,000 includes the construction of an unmanned interpretative centre, toilet block, picnic area, bus carpark, access road and walks catering for the needs of people with limited mobility and more experienced hikers is underway at the historic site located between Blacklion and Glangevlin in West Cavan. 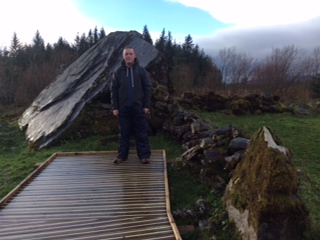 ‘I am delighted to see the work progressing so well and look forward to seeing the completed development in Spring of 2014. The access road has been upgraded and the buildings are in place although not completed. Many of the path-ways are in place with some work required on others. The installation of directional signage and interpretative signage will make a major difference to visitors once completed.’

Contracts for the works were signed in August 2013 between Cavan County Council, P & S Limited and Coillte Teoranta following the finalisation of a lease arrangement as between the local authority and Coilte Teoranta the owners of Burren Forrest. 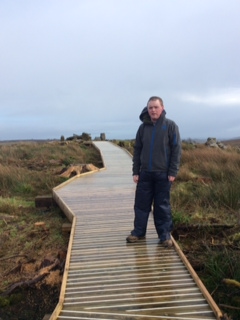 The 124 hectare site, initially planted by Coilte back in the early 1950’s has been largely felled in recent years. The arrangement between Cavan County Council and the State Forestry Company for the joint management of the property into the future, provides that the vast majority of the property be removed from commercial afforestation, the replanting of much of what has todate been clear felled with native and broadleaf species and the substantial improvement of visitor facilities.

In the mid-1980’s, the first steps to open Burren Forrest were taken with the development of the Cavan Way, a marked way linking Blacklion and the Ulster Way and the Village of Dowra totallinh 16 mile taking in major local sites such as the Giant’s Grave, the Giant’s Leap, the Calf House Standing Stone, the Cashel in Moneygashel, the Shannon Pot and various locations which give excellent views over Lough MacNean,  the slopes of Cuilcagh, Slieve an Iarainn and the upper reaches of the Shannon River around Lough Allen and Dowra Village. 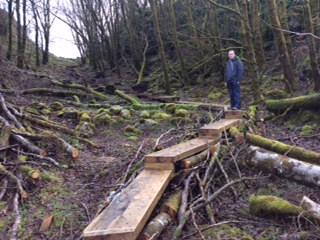 ‘Those early steps started a process that has led to this huge investment in the Cavan Burren. Little did those who worked to open that walk and joined then Minister the late, John P. Wilson for its official opening,  realise the huge potential of this site. Much work has been done locally, particularly by local historian and Geoppark Guide, Jim Nolan in studying the various field formations and structures in the Burren. The information Jim Nolan collated has been build on by outside experts from Universities in the UK and professional archaeologists brought in to quantify the extend and importance of the Cavan Burren. This careful study has warranted the inclusion of the Cavan Burren in a UNESCO  Geopark, it being the key Cavan site which together with the Marble Arch Caves form the lynchpins in the UNESCO designation.’

Being a Global Geopark meaning it is recognised by UNESCO (the United Nations Educational, Scientific and Cultural Organisation) to have an exceptional geological heritage along with a range five national monuments and in the region of eighty ancient habitation sites and fields that survive from prehistoric times.

‘Local Historian, Jim Nolan refers to the Burren as the finest relict landscape in Ireland, holding within the confines of the property probably the highest concentration of archaeological features in a relatively small area anywhere in Ireland.’

Earlier this year, funding under the Border Uplands Programme, an ICBAN Programme funded under the SEUPB through INTEREG 4A with 75% of the monies provided by the EU with the remaining 25% funded equally by the Government of Ireland and the Stormont Executive. The Border Uplands Programme funds a range of tourist related projects in Counties Cavan, Fermanagh, Leitrim and Sligo. 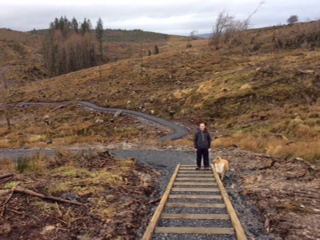 ‘The development of our tourist infrastructure is of vital importance to the future economic growth and sustainability of areas such as West Cavan. The Cavan Burren and the Marble Arch Geopark are key elements for the development of tourism, especially that based on out-door activities for the entire north west. this investment truly opens up the Cavan Burren both physically in terms of the provision of accessible walks, car and bus parking, toilet block and other works but also in terms of opening up the significance of the Burren from an archaeological and geological point of view. There has been a huge amount of work done by Cavan County Council with a particular interest taken in the development by Jack Keyes, County Manager, Eoin Doyle, Director of Service, John Brannigan, Engineer and local engineer, Derry Scanlon in this project and the ongoing cooperation between the Executive of Cavan County Council and the Chief Executive of Fermanagh District Council, the Richard Watson Geopark Manager of the Marble Arch Caves in terms of this development, the Geopark itself and the wider cooperation by Vincent Reynolds and his staff in Cavan County Enterprise Board, and the executives of Cavan, Leitrim and Sligo County Councils under the Border Uplands and Harnessing Natural Resources Programme are all paying dividends for this region.’

Killinagh Community Development Ltd, a local community development company, of which Councillor Feeley is the Secretary, in conjunction with Cavan County Council is working to provide a new manned interpretative centre, through a major extension of the Market House Tourist Office and Gift Shop in Blacklion Village. This development, funded under the Rural Development by Cavan Monaghan LEADER should be completed in early 2014 also.

‘The Market House should provide a base for the entire Marble Arch Geopark. The development of a permanent and manned interpretative centre there in conjunction with the facilities in the Cavan Burren should be hugely important for the future of the area.’

Welcoming the emphasis in the development of the walkways on access for the mobility impaired, Councillor Feeley noted that there is over one kilometre of fully accessible walking route taking in the views from the magnificent Tullygobbin Hill, out over Lough MacNean, Tullygobbin Lough, Cuilcagh and the other sites of the Burren and the ‘Calf House’ standing stone. Other more challenging routes take in the ‘Giant’s Grave’ and for the first time a route passes through the ‘Giant’s Leap,’ what is in fact the remains of an pre-ice age river bed and numerous other sites in the Burren.
‘All of the walking routes circle back to the new interpretative building and carpark. The Cavan Way runs through the main sites with the other walks running as spurs from that route. The Burren is also the hub for a number of routes moving out into the wider landscape taking in the Sweathouse and Cashel in Moneygashel and Garvagh Lough. All of these sites are also part of the Geopark’

Concluding, Councillor Feeley noted that there had been a great deal of talk about the Burren and the importance of the Geopark but felt that this development should mark the beginning of a substantial economic spin off for the locality. Already, through the use of visitor number recording devises there has been, over the past two years a substantial increase in the number of visitors to the Burren and the Shannon Pot. Feeley stated that he hoped to see more visitors spending money in the locality in the years ahead.