Fianna Fail Councillor, John Paul Feeley today (Wednesday 30th January 2019) attended a protest at Leinster House organised by the Save Leitrim Campaign to highlight the negative impact of virtually unregulated afforestation in Counties Cavan and Leitrim and elsewhere in the North-West.
‘The Save Leitrim Campaign are highlighting issues that are having a serious effect in County Cavan and elsewhere. Forrestry has a role in the rural economy but what is happening now is not acceptable. There is not a level playing field in terms of the vast financial supports for those who plant land rather than active farming of land. Huge grants, tax free income and virtually no planning controls are in sharp contrast to the limited supports, high stamp duty payable on the purchase of lands and tight planning and environmental controls on farmers trying to expand their holding, improve their lands on provide themselves with a family home.’
Councillor Feeley has over the years raised the need for more planning restrictions on forrestry to ensure that would bring the planting of land under the Planning and Development Act.
‘Currently an application is made to the Department of Agriculture. A person can make an objection but unlike planning there are no notices in local papers and it is difficult to search for such applications. Bringing the regulation of forrestry under the local authority would provide greater transparency and accessibility for local residents to have their say, whilst the decisions would be made by officials at local level, familiar with the areas involved and more conscious of broader needs in a locality.’
Councillor Feeley noted that the Government had announced a review of forestry in County Leitrim. He called for this to take in areas in County Cavan and the wider North West and that a moratorium be imposed on the planting of silka spruce and mon-culture forests until such time as a new regulatory framework.
“I am delighted that Fianna Fail Agriculture Spokesperson, Deputy Charlie McConalogue has met Deputy Brendan Smith, myself and a number of people living in West Cavan to hear our concerns about the current forestry programme.’ 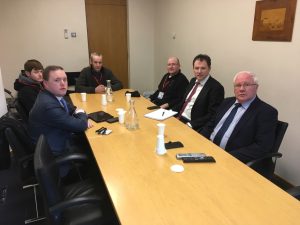 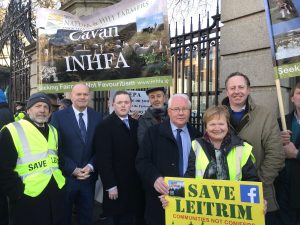 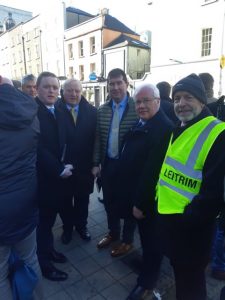